Each language is a complex system that includes a number of sections of the language sciences: morphology, spelling, phonetics, vocabulary, punctuation, syntax, and others. Having understood these sciences, a person can begin to speak a foreign language fluently.
But in order for speech to be understandable and competent, you need to be able to correctly associate words, phrases and sentences with each other. The science, which has received the name “syntax” (derived from the ancient Greek word “σύν-ταξις”, which means compilation in Russian), studies the ways of combining lexical units with each other within sentences.
We will talk about the main features of the syntax of the Russian language and the difficulties in learning further. 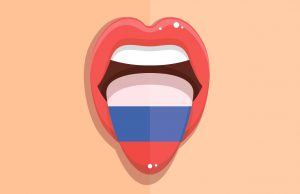 The word is the basic unit of speech, the brick from which any thought grows. When combined with other words, this small unit forms a phrase – two or more words connected by a special (grammatical or semantic) connection.

Phrases are divided into categories:

Coordination. The dependent word in the matching phrase is synchronized with the main one in number, gender and case. The main word is most often a noun: Wonderful day, Affectionate kitten;
Control. The dependent word in the phrase-management is put in that indirect case, which is required by the main thing: Love for a dog, Cake with cream;
Adjacency. With this type of connection, words are combined in meaning, lexically, without morphological and grammatical changes. In the role of the main word is an adverb or an infinitive (an indefinite form of a verb): Danced gracefully;

By the type of the main word.

By structure.
By the structure of the word combinations there are:

Simple – consisting of two words. New car
Complex – such combinations, as a rule, are formed from simple phrases. An exciting bedtime story 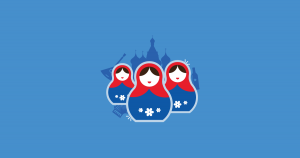 The word combinations of different dialects are built according to the same principles and have the same types of connections as the word combinations of the literary language, but the difference lies in pronunciation and depends on localization. It is often difficult for foreigners to understand a Russian person because of his peculiar dialect.

Similarities and differences between Russian and English syntax

English, unlike Russian, has the following characteristics:

The presence of articles (definite the, indefinite a, an);
The presence of specialized auxiliary words (to do, will, to be, etc.);
The presence of a number of modal verbs (can, must, may, need, might, etc.);
Phrasal verbs. The meaning of a phrasal verb can change if a preposition is substituted for it. Take – take back, take off, take after.

Conclusion
Syntax is an important part of any language. Along with other branches of science, syntax should also be studied carefully, because without understanding the structure of communication, you will not learn how to correctly combine words, speak a foreign language coherently and understandably by other people.